The State of Texas led the United States in building new renewable energy projects, according to a report released by the American Clean Power Association, continuing a trend in a state that’s largely dependent on planet-warming fossil fuels. A total of 7,352 megawatts of new wind, solar and energy installation projects in 2021 were installed in Texas, significantly outpacing California, which installed 2,697 megawatts of storage projects. Oklahoma, Florida and New Mexico were the other top producing states. Texas also surpassed other states in the amount of storage it has under construction or in advanced development, reaching nearly 20,000 megawatts, followed by California at nearly 14,000 megawatts. 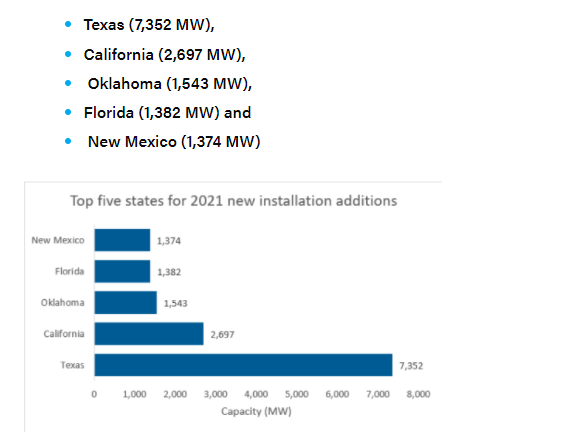 Texas is experiencing a rise in renewable energy deployment not necessarily due to concerns over human-caused climate change, but rather because of the low costs of renewable energy sources like solar and wind development. Republicans for decades have overseen the the energy sector in Texas, which still ranks 10th in the country for fossil fuel consumption, as nearly 90% of its energy is derived from fossil fuels and only about 7% derived from renewable sources.

Texas has avoided federal regulation by establishing its own power grid that’s nearly cut off from the rest of the country. During a winter storm in 2021, the system collapsed amid a surge in demand and frozen utility plants, which then increased energy prices and triggered the state’s worst blackouts in decades. During the state’s grid failure, Gov. Greg Abbott, along with other conservative state leaders, falsely blamed the outages on renewable energy sources like wind and solar. However, most of the outages stemmed from problems with limited natural gas production and frozen supplies at natural gas, coal and nuclear facilities, and not from solar and wind failures.

2021 was a record year for clean energy procurement, with 28 GW of power purchase agreements (PPAs) signed in 2021. For perspective, 28 GW of clean energy exceeds the electricity demand of the entire U.S. federal government.

Growth for clean energy is due to several factors, including strong continued demand from consumers. Corporate buyers surpassed utilities in clean energy procurement for the first time, announcing deals totaling over 14 GW in 2021. Utilities signed contracts for over 10 GW of wind, solar, and battery storage.

During the fourth quarter, corporate customers signed onto 1,871 MW of power purchase agreements. Pfizer was the top corporate offtaker during the quarter with 310 MW announced, followed by Meta Platforms (Facebook) with 285 MW, and PepsiCo announcing 72.5 MW.

Utilities made up 35 percent of the announced PPA capacity during the quarter, with 19 utilities signing contracts representing a total capacity of 1,994 MW. The 2021 fourth quarter utility PPA announcements were led by Public Service Company of Colorado (350 MW), Entergy Louisiana (250 MW), and Consumers Energy (225 MW).

Solar was the dominant technology for utility PPA announcements, accounting for over 70 percent of the new capacity announced.

Despite some of these increases, renewable energy is one of the most affordable ways to generate electricity and reduce carbon pollution. Clean energy technology has improved dramatically over the past decade with solar costs down 90 percent since 2009 and wind costs down 70 percent. 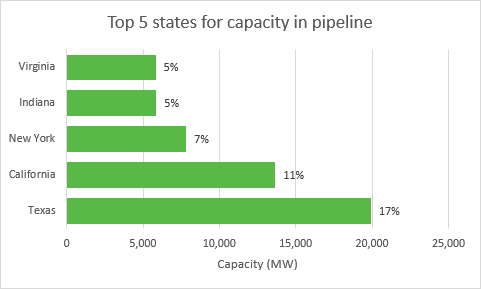